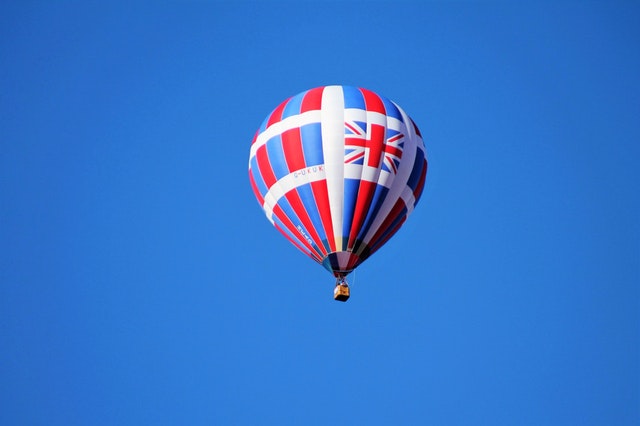 Who is Shamima Begum?

Shamima Begum, a young woman who travelled to Syria at age 15 to live among the so-called Islamic State, was recently informed that her British citizenship would be revoked and she would not be allowed to return home to the UK; her place of birth and the apparent only country in which she has current existing citizenship.

ITV news thought it appropriate to record the 19 year old reading out the letter from the Home office to capture the moment she is informed that she will no longer be considered a British citizen. The trial-by-media that has unfolded in the last few days is in stark contrast to the near silence that all other British nationals returning from Syria have been subject to.

Shamima asks in response to receiving the news:

“I’ve heard that other people have been sent back to Britain, I don’t know why my case is any different to other people. Or is it just because I was on the news four years ago?”

The UK’s Strategy for Countering Terrorism, CONTEST, states ‘we will also use nationality and immigration powers to deprive individuals of their British citizenship and to exclude foreign nationals from the UK whose presence here would not be conducive to the public good.’ before setting out the example below. So it would seem the answer to Shamima’s question, is yes.

In 2015, a British woman travels to join Daesh. In 2017 the individual flees Daesh-held territory with a new born baby and they make their way to Turkey. On arrival in Turkey the mother and the child are detained for entering the country illegally. Following the mother’s detention the British authorities are notified. DNA testing of the child is conducted to establish their entitlement to a British passport. Given that the mother has lived in Daesh-held territory, the Home Secretary and a judge approve the use of a Temporary Exclusion Order (TEO) to manage her return to the UK. The TEO allows us to specify the route of return to the UK and to impose obligations upon the individual once they return to help protect members of the public from a risk of terrorism. The mother and her child are subsequently deported to the UK from Turkey via the route specified by the TEO. On arrival in the UK the police launch an investigation into the woman’s activities in Syria to determine whether any crimes have been committed. If there is evidence that a crime has been committed then the mother will be charged and the Crown Prosecution Service will conduct criminal proceedings. If there is no evidence of criminality, the mother is assisted in reintegrating into society, for example, by requiring her to attend a series of sessions with a specially trained de-radicalisation mentor. In the meantime the mother is also obliged – as part of her TEO – to report regularly to a police station and to notify the Home Office of any change of address. The local authority is involved to ensure that the child is not at immediate risk and appropriate measures are put in place to help safeguard the child’s welfare.

Without an investigation into possible criminality, Shamima’s citizenship has seemingly been revoked because her presence here ‘would not be conducive to public good’, something that is most likely only relevant due to the high profile nature of her story. The ‘public good’ in this case referring to the uproar that might ensue had she been allowed to return home. Is it not in the best interest of security to have her return and face investigation and justice?

Can ISIS recruits be grooming victims?

The stories of young girls; children – legally,  travelling to “join ISIS” and then wanting to return home raises many questions beyond what potential security risk they may pose in doing so. It is logical that they were groomed, coerced and/or manipulated into leaving their homes and travelling to a war zone with the delusion of it being a better reality than what they came from. To some people, this doesn’t matter – they were old enough to make decisions and are adults now. But anyone can be exploited or manipulated, coerced, groomed – even adults. How do these experiences influence their intellectual capacity and volition? Headline claims of Shamima showing ‘no remorse’ lacks acknowledgement of a blatant and likely reality that her statements are framed and limited to her context; including potential fear of retaliation due to what she says while she is still in Syria.

If Shamima had been from a ‘real’ British family, that is, a white family whose immediate descendants were all only from the UK, calls to revoke her citizenship wouldn’t be on the table. The law, it seems, stands to protect real British people – not the likes of Shamima, even though she was born and raised in Britain and arguably a victim of child grooming.

The coverage has, entirely predictably, encouraged the usual inciters of hate to spread messages of celebration of her being no longer able to claim the title British, and highlighting the sentiment that many live with everyday. Katie Hopkins posted a video saying “she is no longer one of us, not that she ever was”.

What causes someone to want to live in a war zone? Interestingly, the same notion of not being ‘British enough’ may have made people more vulnerable to being radicalised and leaving in the first place. Anyone who holds the idea that travelling to live in the middle of a civil war is better than their current life, must have some seriously troubling perceptions of their existing home and safety. This feeling of not belonging and not being welcome is a serious vulnerability factor for radicalisation which we cannot overlook. The decision by the Home Office has reinforced this vulnerability.

Where do we expect justice to come from if not from ourselves?

Those who offer zero empathy for Shamima and others in her situation, are essentially saying they made their bed and now they can lay in it, because they are a threat. This argument is worryingly incoherent – if Shamima is wrong for her decisions, her involvement with ISIS and her recent comments are incriminating, then shouldn’t she return to the UK and face justice? If she poses a threat of danger, do we believe she is less dangerous left in Syria with no justice?

If security and justice aren’t the priority, what is?

For all of us who have the possibility of citizenship in another country due to our parental nationality, the revocation of Shamima’s status should be alarming, not something to celebrate or accept despite the circumstances. It truly reinforces the question we are often asked: ‘where are you really from?’ Does where we’re born determine the country we can lay claim to – our ‘home’; or are we only really ‘from’ the country of our parents’ birth?

In light of the discourse surrounding Brexit, the Windrush scandal and now the revocation of Shamima’s citizenship, the UK is becoming an increasingly hostile environment for those who don’t fit the mould. Let’s hope the attention, government decisions and hateful discourse doesn’t encourage more young people to flee a country that they’re told they can never really call home.