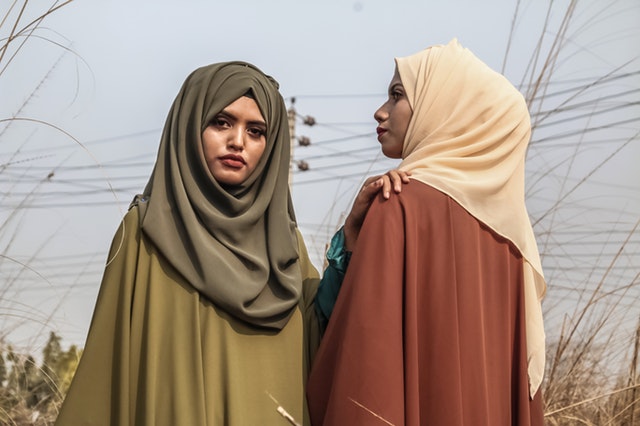 I probably don’t want your solidarity, and this is why

The response to Christchurch where at least 50 Muslims were killed in their mosque by a white supremacist terrorist may be perceived to be overwhelmingly positive if we are to look at the haka’s, the wearing of hijab in solidarity, the gestures of inclusiveness such as broadcasting the adhan nationwide in New Zealand, and the egg-cracking over anti-Muslim politicians – but of course, this is hardly the full picture and these gestures alone are not quite as positive or progressive as we might be led to believe.

These responses are a welcomed contrast to the usual anti-Muslim approaches that occur in the general discourse, but much of the same problems we usually see have been present in the response following Christchurch. A woman was asked to condemn so called ‘Islamist’ terrorism days after Christchurch, because, you know, its our fault as a collective of Muslims for the killing of 51 of our brothers and sisters by a non-Muslim terrorist. Five mosques were attacked in Birmingham days after the killings in New Zealand – clearly for some the terrorist and his actions should be replicated. There have been countless comments and shares on social media celebrating what happened. And it has been rare to find any statements condemning the attack by non-Muslims where they refrained from mentioning the necessary “all forms of terrorism”.

So these ‘good-willed’ gestures alone will not save us. Is wearing a scarf around our heads for a day a step towards less racism, and less anti-Muslim, or anti-immigrant sentiment in society if our media and leaders display the opposite through policy and practice? How does attempting to disgrace a politician prevent those who agree with him from continuing to hold dangerous views?

It is not that these actions are led by ill will, but they are led by emotions and feelings rather than any rational thinking. They allow us to feel good about ourselves, and to feel better about the tragedy that has happened. But in doing this we put aside any real acknowledgement of what fundamentally causes this ideology – white supremacy and racism that is at many levels an integral and accepted part of our societies.

In much of the reporting around the attack, the terrorist was repeatedly framed to have been hard-done by, ‘bullied’, radicalised by video-games, and it was apparently necessary to recognise that his father had died. The victims were blamed in a round-about way because, well, they were Muslims and Muslims did terrorism first. We often see that if a perpetrator fits the cultural majority, the predominant discourse will centre around this approach. It is easier for us to make sense of it, to try and understand why a bad thing happened – we do this through making excuses eg. he was bullied, and this will always include a level of victim-blaming. Whiteness and its social power doesn’t like to be challenged, so it systematically defends itself. This isn’t to claim that there is a big conspiracy of media to tell stories the way they consistently do, continuously framing white as forgivable and ‘angelic’, and framing everyone else as inherently bad and unforgivable, and their actions entirely incomprehensible. But it’s the very lack of a widespread conspiracy that demonstrates just how normal, mainstream and integral protecting whiteness and demonising others, is.

For some of us, acts of solidarity mean a lot; it reassures us of your humanity, and in a much deeper (and extremely problematic) way, of our own humanity. For some of us, it can feel like you are trying to validate our existence through your acceptance of us – and in this way it is patronising, disempowering, and a validation that we do not want from you. If there is an apparent need to validate our humanity, this truly demonstrates the depth of the problem – a problem so deep it can’t be solved with kind acts alone. And if your feel-good show of solidarity or expression of disgust or sadness is done alongside on-going racial or religious prejudice – with no attempt to understand and change it, or alongside failing to check these injustices where and when you see them, then I don’t want your solidarity because it probably only exists to serve you and your feelings.

For any good that has occurred due the events in New Zealand, for any lasting shift in social attitudes that we may see, all praise and thanks is to Allah. May He protect us from harm so that we may live to worship Him, and may He and bring justice to those who seek to harm us. Aameen.