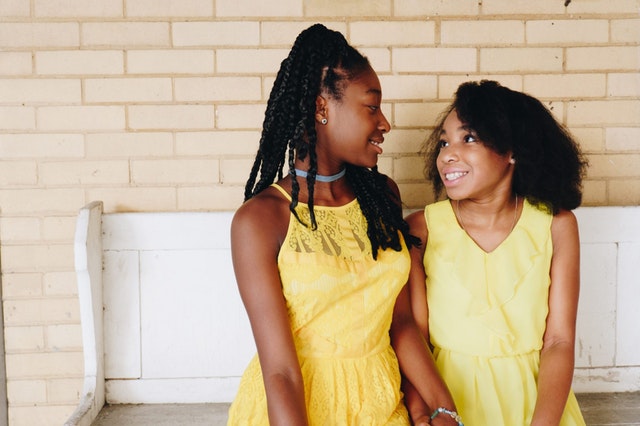 Surviving R Kelly and the myth of girlhood

It’s not unusual for discourse about child sexual exploitation (CSE) to become racialised, just as it has with R. Kelly. This can occur either from apologists as a method to dismiss accusations of wrongdoing; because “they’re attacking him because he’s black”, or as a tool used by racists in order to demonise an entire community, as is the case with the ‘Asian grooming gangs’ commonly used in British media.

Why don’t we listen to victims? News and media is historically racist, and continues to perpetuate negativity about anyone who is not racialised as white in general, true. However, recognising this racism shouldn’t make us blind to injustice. Surviving R. Kelly presented us with the experiences of survivors and witnesses (and some, arguably, accomplices) who were almost all black, yet we still find ourselves justifying the alleged abuse of R. Kelly because, well, the media is racist. This speaks to toxic internalised racism, but we’ll leave that for another day.

What’s wrong here is that we seem to care more about the ever-presence of racism, which tars all of our experiences and should be priority, over the experiences of women and girls, even when they are black; we prioritise any racial discourse more than their truth. There is certainly a conversation about race to be had, but not when it only means sacrificing truth and justice to defend someone simply because news and media is historically racist. In fact, over the decades that R. Kelly has been an alleged abuser, he has not received a deserving amount bad press (if allegations are true), never mind been the subject of racism-fuelled headlines or career-ending propaganda as other racialised groups face, or as he would have perhaps faced if he wasn’t in a position of power. Money talks, huh? Even when it’s black. As Jamilah Lemieux said in episode 1, “Where was the outrage… where was anyone? Why was this not in that moment – full stop. Why didn’t the culture say ‘something is wrong?'”*

*R. Kelly married Aaliyah when she was 15 and he was 27 when she fell pregnant, and after grooming her since she was 12, if the reports in the show are to be believed.

Another narrative I’ve seen repeated far too frequently in online space is that Islamically, these girls were old enough to marry. The idea floated by apologists here is that this somehow negates abuse, which is entirely false. Even within an Islamic context, when a girl reaches sexual maturity and can marry, she must do so under the guidance and with the permission of her wali – the male relative responsible for her.*

*except in Hanafi fiqh which takes the position that a girl can marry when she reaches sexual maturity even without her wali’s permission.

The necessity of the involvement and protection of her wali demonstrates that abusers exist even within a marital context, so to argue that girls cannot be manipulated and sexually exploited because they are Islamically ‘of age’ is absurd. Abuse and CSE exists even when a ‘relationship’ is initially consensual, and an imbalance of power is used to manipulate, coerce, bribe or black mail the victim for sexual gain; this becomes sexual exploitation, and in the case of a child, CSE.

It would also be a hard case to make to say we raise children in the UK or US to be responsible adults. Even 16 year olds – the legal age of consent in the UK – aren’t raised to be responsible adults to make adult decisions about sex, or marriage, generally speaking; I would argue. Whether this is how it should be or not is besides the point; it is the reality of our societies.

Where were the parents? Protecting children is everybody’s job, including parents, but “where were the parents?” is used often disproportionately to dismiss and overlook the crimes of the actual abuser. Abusers have more influence and control over their victims than their loved ones, that’s how they can continue to abuse. It’s also somewhat of a contradiction to think that parents should be able to control their child and protect them undoubtedly, and at the same time expect the children to be wise enough and grown enough to know better.

Why do we do this? Research suggests the adultification of black girls is real, and this impacts the way we view CSE in an extremely detrimental way. Black girls are deemed more responsible than their years, more mature and therefore more liable when they become victims. Black girls aren’t allowed to be girls. It’s this very real prejudice that exists within all levels of society that allows us to so easily victim blame. And in doing this we defend and protect abusers; still finding the capacity to blame the parents which acknowledges there is a problem; but still makes it so hard for us to realise that the biggest problem is the abuser- also due to the social power they have.

For as long as we continue to make these errors, abusers will continue to abuse. We can protect children better by listening to and believing them, learning to recognise the signs of abuse, grooming and controlling behaviour, and raising more resilient children. But we must accept that ultimately abuse happens because of the abusers, despite how well prepared children are or strong their protective environment is.