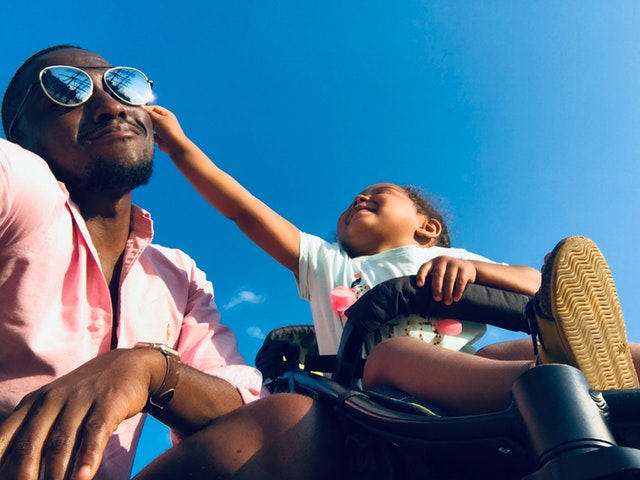 The Hate U Give Little Infants F’s Everybody

The Hate U Give is a 2018 movie based on a novel by Angie Thomas. It’s an intense, upsetting and provocative film that should spark multiple conversations (or debates). Here’s what I thought of the movie.

The movie centres around a scene where a young black man is shot by a policeman after his car is pulled over. The officer asks him to get out the vehicle and put his hands on the car while he runs his license in the police car parked behind. While this is happening, the boy reaches inside the window as his attention is drawn to the mess the lead character has made in fright when the policeman screamed at her to drop her phone whilst pointing a gun at her, earlier in the scene. The black boy then has a hairbrush in his hand that becomes visible to the cop. The cop shoots him dead.

Personally, If I’m to have a conversation about this scenario that replicates such a familiar reality, whether that be with my spouse, a friend or a stranger- I don’t want to hear excuses. I don’t want to hear excuses that are regurgitated by racists and white supremacists as reasons why the policeman isn’t at fault. These conversations are too often focused on what the victim could have done to avoid being killed, rather than what caused the killer to kill- where else do we see such a distorted displacement of responsibility except when it involves an authoritative figure?

I’m all for exploring circumstances and possibilities that lead to this situation from multiple perspectives, but not when we are only willing to do this in search of blame for the victim and excuses for the shooter.

The question insinuated throughout the movie is: If the cop thought he saw a gun, then isn’t he justified in shooting him in defence? But this is not the question we should be asking.

As the movie later touches upon, a better question to ask is: If it was a white boy, would the cop have shot him? The answer, as the movie also suggests, is: Probably not. This is to say, the policeman is more likely to shoot a black boy than a white boy even if in the exact same scenario. Why?

He is more likely to shoot him because of racism. Because of his racism. Racism causes him to think that this black boy is most likely reaching for a gun, and that this black life is not worth asking any questions for- just shoot. There’s not only less consideration of consequences, there is so little value placed on his life in the first place.

We can argue that a racist world created the circumstances for this cop to shoot without asking him to put his hands up or taking a second to consider that it’s not a gun in his hand. That’s likely true. This racist world also influenced the cop’s prejudice to result in not valuing the boys life, which makes it so easy to shoot.

To accept this is to acknowledge that racism is why this boy was shot. Ergo, the policeman is racist.

The proverbial cop would probably not identify as racist. He probably ‘doesn’t see colour’. This is one reason why these circumstances repeats over and over again. We accept that racism is bad, and that if something happens because of racism, then there is blame. If we can agree on the point that racism influenced his actions, we should accept that he’s racist, and holds blame for the result of his actions.

It’s the kind of racism that gets non-white people killed every day with no consequence. We actually use it as an excuse rather than recognise it as the critical problem, something that the movie truly demonstrated.

The Hate We Give F’s Everybody

The Hate U Give gives lots of other talking points, but I wont ruin the whole movie for you. Society is a complex web of social issues, compounded by imposed intentional and consequential conditions that are perpetuated willingly and unwillingly by both the ones who benefit from the conditions and those who are oppressed by them.

If you’ve seen the movie, you’ll know exactly what I’m referring to when I say that ultimately, talking about issues in the ‘black community’ (“the drug dealers are destroying their own people”, “what about all the black people who kill black people”, “black on black crime”) only serves to shift the focus from police brutality, and other forms of violence and oppression resulting from racism, to internal issues. Doing this is an attempt to put complete onus on individual responsibility with disregard to the imposed conditions that perpetuate the problems. This only serves to shift the blame and dismiss the issue of racism (and external issues caused by it) that are actually pivotal to the internal problems.

We all have an individual responsibility to do better when we recognise problems, but repeating this narrative of individuality being the be all and end all of problems within any community is not going to achieve change. Internal and external issues can and should be addressed, separately- and one cannot be used to dismiss the other.

What do you think?