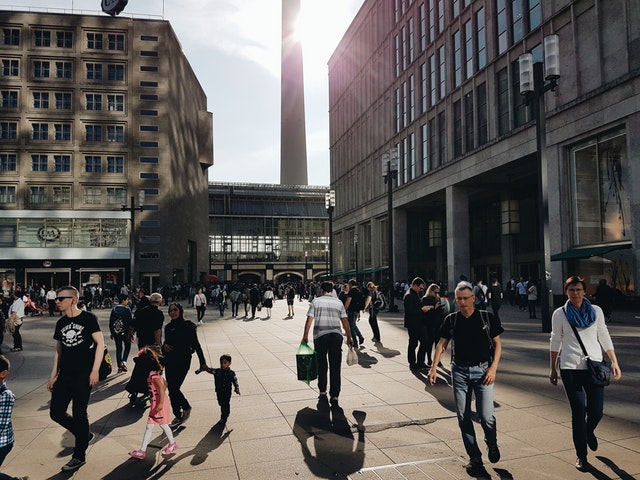 Last week I wrote a post on Facebook, this article is an extension of that message. It explores the mindset of the people who burnt the effigy of Grenfell, the implications of whiteness, and how we define racism. This article explores whether generalisations and identity politics are ever useful and how we can see beyond them.

There is lots of talk in reaction to the burning of the effigy of Grenfell tower that had cut-outs of brown people in the windows, done by white men who laughed and made offensive comments whilst videoing it burning. Let us first remember that the origin of Guy Fawkes night is in celebration of the failure of the gunpowder plot. Effigies are burned in celebration.

The recording brings memory to the video of Israeli’s watching the bombardment of Gaza, whilst cheering and celebrating with food and drink. I wonder what the reaction of those in the effigy video was when the Grenfell tower was actually burning? Imagine. As many of us were glued to our screens hoping for an end to the blaze and news of survivors, were they cheering on the fire and laughing at the deaths of those trapped inside?

Before we ask whether this was a hate crime (defined as a prejudice-motivated crime where the victim is targeted due to their social group or race, etc.) we should ask ourselves what kind of mindset someone has who acts out behaviour like this. Beyond having a clear lack of empathy for the residents of Grenfell tower and all those impacted by it; they demonstrated their blatant prejudice to people of colour and people of low income through the comments made in the video and the sheer effort to create it. They showed a complete disregard to their lives being valuable at all.

Think about the time taken to create the effigy, along with details like a niqab on one of the cut-out people. What is the intention behind recording it with sound effects, comments and constant laughter, if not to share it and incite hatred?

One opinion we’ve seen over the past few days is that this incident was a hate crime committed by blatantly racist, anti-foreign and anti-Islamic British nationalists, hence the St George’s flag seen in the background.

A St George’s flag can’t, of course, be a sole identifier of nationalism, but it’s a reasonable assumption when coupled with expressions of hatred and mockery to people who are not perceived to be the white-standard of British. Phrases used in the video were “The little ninja’s getting it at the minute” presumably referring to the cut-out of a woman in niqab going up in flames, followed by “that’s what happens when they don’t pay their rent” which is not unfamiliar to a common rhetoric that people from non-white backgrounds and immigrants of lower income are ‘scroungers’ and therefore their lives are not as valuable as a British-born white person.

Some have said that this was done by hateful people, but it’s not racist- it’s just stupid. This narrative comes with the idea that people are only claiming racism because the men were white, and people of different ethnicities lived in the tower. Maybe it’s just classist.

From this I’ve seen people discuss the fact that as much as we want to ignore it, Britain has a racism (and anti-foreign, anti-Islamic) problem which is growing, and that this is intrinsically tied to whiteness.

Would it be reasonable to accept this as a generalised problem with Britain, or white people, even if not all white people are racist and hateful? Is it ever OK to tarnish everyone with the same brush, isn’t that tantamount to racism itself?

I mean, we, as Muslims, and as people of colour/the global majority, hit back hard at generalisations when it’s toward us: not all Muslims are terrorists, not all Pakistani men are groomers, not all black people are drug dealers, etc.

But does this comparison hold up? Is racism a whiteness problem and if so, why isn’t it similarly accepted that terrorism is an Islamic problem and street grooming is a Pakistani problem, etc?

Group identity politics are not extremely helpful, because using vast generalisations deny discussions of the details. We overlook individuality and complex factors that contribute to a societal norm or a social issue, and it’s in those details that the facts and truths lie. However, generalisations, when rooted in principles and truths, are useful for demonstrating the wider picture.

Racism, as defined largely by those who are victims of it, exists when an imbalance of power upholds a prejudiced view or action, a prejudice held due to ethnicity, skin colour or other factor that can argued as being a racial identifier.

Racists don’t only dislike someone because of their race, they have a perceived sense of superiority over that racial group. Racists believe there is an inherent inferiority in other racial groups; in contrast to their own perceived normative standards.

Racism is often normalised as it’s become such a structural part of our society. Hierarchies and the need for power fuel racism and indeed are upheld by it. Black people are always late, take drugs, have broken homes, don’t want to work, foreign people are less intelligent (which can be countered by raising your voice and speaking really slowly in the most patronising way?) Asian women can’t drive, Muslim men beat their wives etc. These are all common racist remarks that we often let slide, either because the ideas have been so much a part of the general narrative in society that we don’t even recognise it as racism, or because we are exhausted at explaining ourselves.

Racism is prejudice coupled with perceived power or superiority stemming from a sense of belonging to the normative culture. Whiteness, within a European and North American context, of which remnants can be seen in other ex-colonial parts of the world, represents the power and the normative culture in this equation. Whiteness is sold as the standard, a very real social idea that is perpetuated by racism and in turn perpetuates racism. This is why we could argue that racism is intrinsically linked to whiteness.

That’s not necessarily to say all white people are consciously or overtly racist. It’s to say that people who represent a normative culture and from it a social position of power (no matter how poor or unsuccessful they are) are prone to bias and prejudice to things that they think doesn’t fit into the normative culture they have. That’s why it’s so easy for us, as people, to disregard the ‘other’ as in many ways less than ourselves- backwards, dumb, undesirable.

Recognising this doesn’t mean you should never interact with white people, or for white people it doesn’t mean resigning to thinking “I’m just racist and it’s not my fault”. It means learning to understand why we, as individuals, hold bias and prejudice against others and how that informs our opinions and perceptions of individuals and groups.

Life is full of social constructs, and racism isn’t one we should run away from because we’ve deemed it as one of the worst things a person can be. If we don’t like a thing we have to first understand it in order to change it.

Why isn’t this equal to the view that terrorism is intrinsically linked to Islam?

Terrorism is the pursuit of political objectives through the use of violence. Religion- all religions have been distorted and grossly misunderstood to justify terrorism in different forms, but this never comes from a truthful understanding of the religion. We won’t duplicate explanations and statistical evidence that have been presented many times over, the fact is: the principles of Islam are in direct contrast with terrorism and with this knowledge it cannot be accepted that terrorism is intrinsically linked to Islam.

What do you think?

…in a racially structured polity, the only people who can find it psychologically possible to deny the centrality of race are those who are racially privileged, for whom race is invisible precisely because the world is structured around them, whiteness as the ground against which the figures of other races – those who, unlike us, are raced – appear.

(taken from ‘Natives’ by Akala)