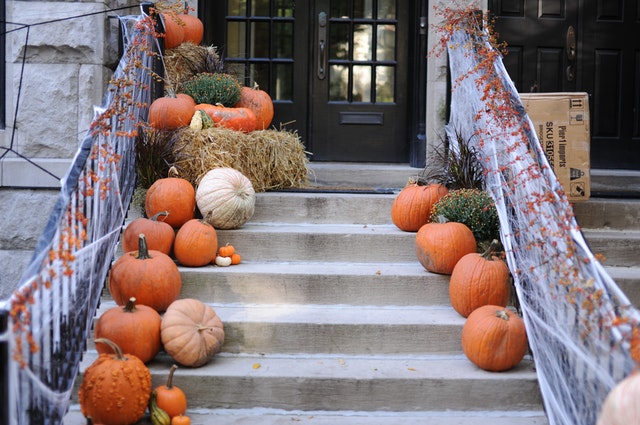 Can Muslims celebrate Halloween? Sure we can. Just like we can celebrate Christmas and listen to any kind of music we want. You might have Muslim family or friends or neighbours that are celebrating Halloween as a ‘commercial’ or ‘cultural’ holiday. There might be activities for young people within the community or even at school that your children get involved in.

The real question we should be asking ourselves is not whether we as Muslims can get involved in Halloween celebrations, because ultimately there will be people you know who do whether you like it or not. We should instead ask ourselves on a personal level if we should participate, and to ask this is to ask whether celebrating Halloween has any inward or outward religious conflicts.

The date for what is commonly known as Halloween has been marked by people all over the world since at least two thousand odd years ago. It has been known by different names and has more recently been adapted by neo-Pagan ways of life as part of their yearly calendars. Neo-Pagan is a term used to describe ‘new’ Pagan (the belief that there is more than one god) traditions that have formed in recent history.

The tradition of Halloween is said to originate as a Celtic tradition thousands of years ago. ‘Samhain’ (sow-ween) was celebrated around this date and involved bonfires and costumes to ward off the dead.

When Rome conquered the Celts, the Roman celebration of a goddess was merged with the Celtic tradition of Samhain, which is possibly the origin of our modern ‘bobbing apple’ Halloween activity, as a one of the symbols for the goddess was apples.

In the 1700’s, Catholic traditions conveniently marked Nov 1st as All Saints Day, a celebration to honour saints, which inevitably meant practices of Samhain were integrated into the celebration of All Saints Day. Hallows was the term for Saints, and so the night before became known as All Hallows Eve, which eventually become Halloween.

Modern day ‘Wicca’ and other Pagan traditions celebrate the new year on Nov 1st, similar to the Celtic tradition. The evening of Oct 31st is said to be when the veils between words (of living and dead) are thin, and it’s a night to remember those who have passed away. This belief and practice exists today with approximately 12000 Wiccans living in the UK and well in to the hundreds of thousands in the US.

Although the majority of Halloween celebrations nowadays may have no spiritual significance, the reality is this: the practices which once held and still hold spiritual significance to some are still very present in ‘commercial’ and ‘cultural’ celebrations, and Halloween is still very much a part of some people’s spiritual belief and practice today. The belief of these people are in direct opposition with Islam, primarily the denial of tawhid (oneness of Allah).

The choice is ours, as with most things. But as with all things, we must strive to make informed choices that are in line with our Islamic laws, principles and teachings.

As for the argument that one’s intention (niyya) is the determinant of whether Halloween is lawful or unlawful, this is a baseless. Specifically, a good intention cannot render an unlawful action, lawful. Our scholars have captured this concept in the following expression, an-niyyatu’l hasana la tubarriru al-Haram. Hence, a good intention, such as the desire that our children not feel out of place on this day among their peers who may not be Muslim, cannot justify involvement in practices and with symbolism that are forbidden in our religion.