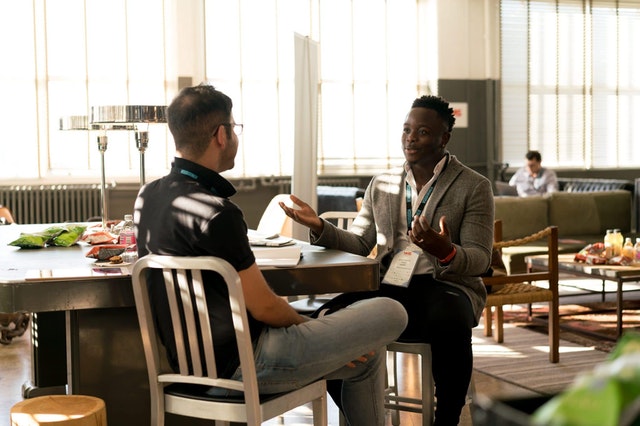 Why are white and black listed as ethnicities?

When working through some feedback forms to tie up a funding grant, part of the information we asked of the participants was their ethnicity. Why do we ask for ethnicity? We ask for information about a persons ethnic group because we monitor who benefits from projects and services to ensure we’ve targeted the right demographic and to make sure things are accessible to all kinds of people.

When it comes to funding, some funders want to fund projects that target specific people, which is fine. Funds might be available to support an underrepresented ethnic group to increase representation in an industry, for example. Some projects are funded to bring people from different communities together to encourage cohesion, and in these cases the necessity to monitor the ethnicity of the participants or beneficiaries is clear.

It is OK to ask about someones ethnic background. If you’re wondering where their name or accent originates from, it’s fine to even ask out of pure curiosity. The reality is people are very different to one another for lots of reasons not just ethnicity. Allah tells us in the Quran in Surah al-Hujurat, 49:13:

O mankind, indeed We have created you from male and female and made you peoples (or nations) and tribes so that you may know (or recognise) one another. Indeed, the most noble of you in the sight of Allah is the most righteous of you. Indeed, Allah is Knowing and Acquainted.

We look different, we sound different, and we behave and think differently depending on our cultural context, societal circumstances, individual personalities and other factors. It’s OK to acknowledge that we are different and to ask (reasonable, noninvasive) questions relating to it.

When is it a problem?

When does it become a problem to ask someone about their ethnicity, or their accent, or to ask ‘where are you from’?

The problem with asking  someone ‘where are you from?’ when that person could well be born and bred in the same place as you, is this: there is an implied opposition to their right to a specific identity. It others them and othering somebody perpetuates isolation, exclusion and prejudice.

It is not OK to talk or ask about someones background, or ‘race’ or ethnicity, or something related to these things, with the subtext that they are negative, inferior or undesirable. This is racism.

Identifying this in ourselves might take some inward reflection about the intentions of what say and consideration for whether we value the answers we get and the people giving them. Jokes about perceived negative stereotypical characteristics of a particular ethnic or ‘racial’ demographic is one example of casual racism that appears to be widely accepted in our societies.

For racism to exist in society, it has to be accepted that race exists at a biological, inherent level. Then it has to believed that this results in characteristics, behaviours and other implied realities existing in particular ‘racial’ groups because of a scientific truth. This is just not true.

In fact, behaviours and characteristics, for example, even when apparent among a relatively large demographic, will be the result of external factors and conditions (which are often imposed upon them), not because of internal biology.

Recognising and acknowledging our differences as people doesn’t have to mean categorising entire ethnic groups or nations with one simplistic understanding. There is so much more to us than that.

Unfortunately, it would seem that because of our God-given differences, prejudice and racism are given life. How do we reconcile this?

We can start by dispelling the myth of race within our societies and encouraging a much deeper, complex understanding of ethnicity when necessary- and stop attempting to make race and ethnicity interchangeable.

Want to learn more? I suggest reading this book: The Myth of Race: The Troubling Persistence of an Unscientific Idea (affiliate link)

As summarized by A.R. Templeton, who is among the world’s most recognized and respected geneticists:

Because of the extensive evidence for genetic interchange through population movements and recurrent gene flow going back at least hundreds of thousands of years ago, there is only one evolutionary lineage of humanity and there are no subspecies or races. . . . Human evolution and population structure has been and is characterized by many locally differentiated populations coexisting at any given time, but with sufficient contact to make all of humanity a single lineage sharing a common, long-term evolutionary fate.

Thus, given current scientific data, biological races do not exist among modern humans today, and they have never existed in the past.

From ‘There Is No Such Thing As Race’ (Newsweek)