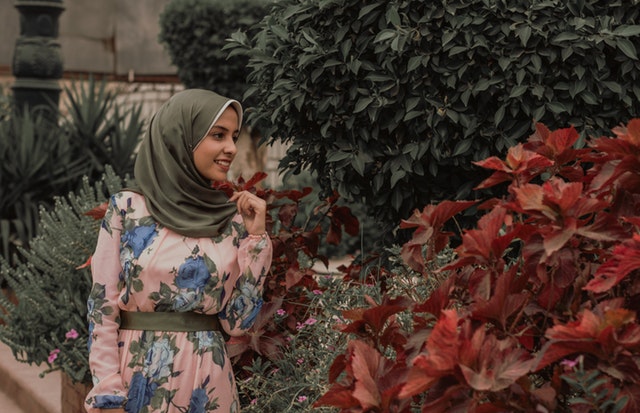 Why Muslim Women Must Wear Hijab

“Just do things bit by bit”, they said. “Take it at your own pace”, they said. “Islam is about what matters inside”, They. Said. “It’s your intention that counts”.

I’ve seen this conversation plenty of times since becoming Muslim, in online and offline revert support spaces and Muslim groups. Whether it’s with prayer, or fasting, or hijab, we seem to so easily fall into a realm of deniability and adjusting the religion to our own satisfaction (audhu billah). How can we deny the things that Allah has made obligatory upon us? How can we justify excuses that things are hard, and that it’s acceptable if we don’t do them, when Allah has promised us no hardship in our religion:

Strive hard for God as is His due: He has chosen you and placed no hardship in your religion, the faith of your forefather Abraham. (22:78)

There are many, many things in Islam that there are different positions on that the scholars have established from the different principles of fiqh. Alhamdulillah, this is often described as a beauty of Islam; that we do have options when it comes to certain things. But it’s also a beauty of Islam that some things were prescribed to us that are clear and certain, because there is ease and simplicity in hearing and obeying. Obeying Allah is what makes us believers, it’s what makes us Muslims:

Obedience means to comply with an order and submit to an authority (google definition). When we obey Allah we are not simply ‘doing what we are told’ we are acknowledging His authority over us, we are acknowledging Al-Hakim (The Wise), Al-Haqq (The Truth), Al-Hadi (The Gudie), Al-Wali (The Protector) Al-Mani’ (The Shielder). If we create arguments to justify not wearing the hijab, for ourselves or others, who or what are we obeying? Perhaps more importantly, who and what are we attempting to deny?

Let’s look the ayat about hijab in the Qur’an.

[Prophet], tell believing men to lower their glances and guard their private parts: that is purer for them. God is well aware of everything they do. And tell believing women that they should lower their glances, guard their private parts, and not display their charms beyond what [it is acceptable] to reveal; they should let their headscarves fall to cover their necklines and not reveal their charms except to their husbands, their fathers, their husbands’ fathers, their sons, their husbands’ sons, their brothers, their brothers’ sons, their sisters’ sons, their womenfolk, their slaves, such men as attend them who have no sexual desire, or children who are not yet aware of women’s nakedness; they should not stamp their feet so as to draw attention to any hidden charms. Believers, all of you, turn to God so that you may prosper. (An-Nur 24:30-31)

Men are first instructed to lower their gaze and guard their private parts (ie. restrain from unlawful sexual actions). Then women are instructed in the same way, with the additional explanation of doing so by not revealing our bodies unnecessarily, including letting our headscarves fall over our ‘necklines’ or chest area. The scholars are almost unanimous about the conditions for hijab for both men and women. For women this means covering your hair and body, all except face and hands (and feet according to Hanafi fiqh), with loose clothing:

Those who insult God and His Messenger will be rejected by God in this world and the next- He has prepared a humiliating torment for them- and those who undeservedly insult believing men and women will bear the guilt of slander and flagrant sin. Prophet, tell your wives, your daughters, and women believers to make their outer garments hang low over them so as to be recognised and not insulted: God is most forgiving, most merciful. If the hypocrites, the sick at heart, and those who spread lies in the city do not desist, We shall rouse you [Prophet] against them, and then they will only be your neighbours in this city for a short while. They will be rejected. Wherever they are found, they will be arrested and put to death. This has been God’s practice with those who went before. You will find no change in God’s practices. (Al-Ahzab 33:57-62)

Excuses used for not covering appropriately are often linked to how others may perceive us or treat us. In the above ayat Allah instructs the Prophet, may Allah bestow His peace and blessings upon him, to tell the believing women how to cover with their ‘outer garment’. When we look at the surrounding ayat, we see Allah acknowledging how the non-Muslims acted towards the Prophet, salallahu alayhi wa salam, and the believers- and His reassurance to us about how they will be repaid. The requirement to cover is followed immediately by it’s reason: ‘so as to be recognised and not insulted’. The next ayat of punishment to those who do not stop are preceded by a reminder of Allah’s mercy: ‘God is most forgiving, most merciful’ that would indicate those who would stop insulting the ones who are recognisable as believers would not necessarily be punished in the way described at the end of these ayat, because Allah is most merciful. Allahu alam.

Why do we, as Muslims, try to deny what Allah has made obligatory upon us and our brothers and sisters in Islam? We should encourage each other in our religion- that means to encourage each other to obey Allah and learn and practice the deen correctly, not to be an enabler for sin and a supporter of actions that are certainly disobedient to our Creator. We should enjoin what is good and forbid what is evil:

The believers, both men and women, support each other; they order what is right and forbid what is wrong; they keep up the prayer and pay the prescribed alms; they obey God and His Messenger. God will give His mercy to such people: God is almighty and wise. (At-Tawbah 9:71)

It’s a sad realisation that Muslims know what is required of them, and have at least some understanding of the implications and consequences of not obeying our Lord, yet in some cases do not obey Him and in other cases facilitate the disobedience of others by denying what is right and accepting what is wrong, creating allowances we have no right to give.

Alhamdulillah, I am grateful to Allah for having guided me and having made it easy for me to wear hijab. I know others have not found such ease and this isn’t an attempt to dismiss their individual struggle or efforts to please Allah. The Prophet, may Allah bestow peace and blessings upon him, said:

Whether we ourselves wear hijab or not, we should recognise that it is necessary, and as we should want to (continue to) wear it, we should want our sisters in Islam to wear it too. We should be understanding and considerate of individual context and circumstances, but we should continue to encourage them in seeking the pleasure of Allah.