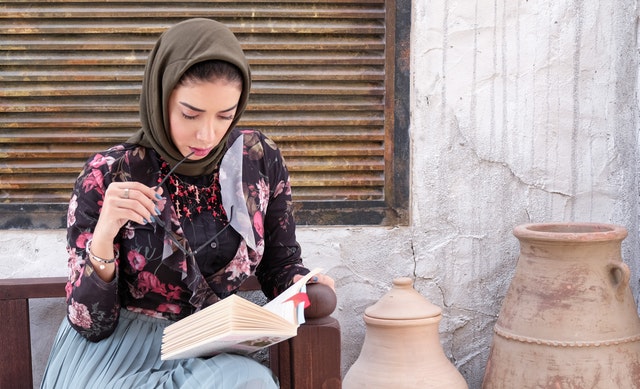 JazakAllahu khayran to the brothers and sisters who contributed to this post by sharing their own experiences of things they didn’t know when they accepted Islam. We can take for granted the knowledge we gain if we are to consider just how much new Muslims may not know at first. Here are some of the things that new converts/reverts to Islam may not be aware of, so be mindful of offering support in the way of sharing knowledge about these things, in sha Allah.

I was aware that it wasn’t necessary to change our names unless it was something problematic ie. names that polytheists use for gods or if it has a meaning that is against Islam. The Prophet salallahu alayhi wa salam used to give people other names if their names were something disliked, like Abdullah Ibn Amr (ra), who was called al-‘As which means disobedient one. What I didn’t know until later was the Islamic context of surnames- in Islam, we take our father’s names, and keep them after marriage. Step-children or adopted children also keep their father’s names, which is to maintain lineage and Allah says in the Qur’an in Al-Ahzab ayat 4-5: ‘nor does He make your adopted sons into real sons. These are only words from your mouths, while Allah speaks the truth and guides people to the right path. Name your adopted sons after their real fathers: this is more equitable in Allah’s eyes––if you do not know who their fathers are [they are your] ‘brothers-in-religion’ and proteges. You will not be blamed if you make a mistake, only for what your hearts deliberately intend; Allah is most forgiving and merciful.’

I’m not sure how many weeks it was that I read my salah whilst wearing nail polish until it happened to come up in conversation that you can’t complete wudhu if you’re wearing it! It’s common sense really, because the water doesn’t reach your nails, but not necessarily something that occurs to new Muslims unless they’re told.

Fasting usually isn’t half as hard as people fear it to be before they’ve tried it. We should remind each other of the reasons why we fast and that Allah tells us fasting is better for us. Read more about Ramadhan and fasting here.

For a while I was confused by what was the ‘correct’ way to pray. I’ve shared more about that here, please be mindful of sharing misinformation implying a particular way of performing salah is “wrong” because it’s considered correct within a different madhab or because you don’t personally follow a madhab.

It’s makrooh (disliked) to pray Asr 20-30 minutes before sunset. We also shouldn’t pray any other salah accept the fardh of Asr within that time (ie. no nafl, qada or sunnah), according to the Hanafi madhab, and Maghrib is only 10 minute-ish window after sunset (after which is becomes makrooh). If someone has accepted Islam recently and doesn’t have anyone close to them (like a spouse) who would inform them of these things, they might be learning the basics (ie. individual salah times) and overlook specifics like this. Let them know you’re available to offer support and actively bring up things like this if you can.

Awrah is a concept we (should) learn early along with the proper requirements for hijab. This can sometimes be taught only in the context of men, though, and not include the requirements for hijab around other women. Around non-muslim women, our hijab should be maintained similarly to when we are around non mahram men. This is because of the possibility of them describing your appearance to others. If there’s no worry of this happening, then it can be permissible (around non-Muslim female or mahram family members for example). Around all women, though, our awrah is still from our navel  to our knee, so things like bikini waxing is never permissible. Where there is a necessity, such as child birth, then it is allowed.

Nijasa is an impurity, which if it contaminates something that is pure, will make it impure. When it comes to whether food is halal, this doesn’t just mean if the meat is halal of if it’s a vegetarian dish. If the food has been cooked where there is nijasa from other non-halal foods left over (like a baking tray that has remnants of other foods or a wooden spoon that will soak up other foods) then it may make the food impermissible to eat.

The majority of scholars are of the opinion that music is impermissible. There is an opinion that it’s permissible in certain circumstances, but it is clear that the majority of popular music is impermissible because of the content. This can be a hard one for Muslims, revert or not, as we are surrounded by music and it’s themes are becoming so normalised. Allah keep us away from things that displease You, and fix us until we please You. Aameen.

A sister on Facebook commented that what she didn’t know at first was ‘proper hijab’ and this is true for a lot of us. Depending on our access to Islamic information, and on the Muslims around us, we may not understand what hijab truly means. We shouldn’t judge if someone isn’t wearing what we understand to be proper hijab- lose clothes for both men and women, covering everything but hands and face (plus feet according to Hanafi school) for women, and covering at least naval to knee for men.

Where to take knowledge

Another sister shared that we can struggle to find a solid source of knowledge as new Muslims. Many of us may not have an Islamic education and have limited knowledge in what is learnt from home, which can becoming confusing if you’re told something out of context and come across something contradictory elsewhere. Read my post about sharing knowledge with care here.

Lastly, someone shared that at first she didn’t know that Jummah salah is prayed as 2 fardh rakat, unlike dhuhr which is 4. Unless someone has prayed in congregation on Friday they may well not know this one, so if you’re inviting them to Jummah you could bring it up beforehand so they are prepared.

Subscribe for full access to our Islamic and Community Resources. Find the subscribe box at the top of the page and read more about our this here.