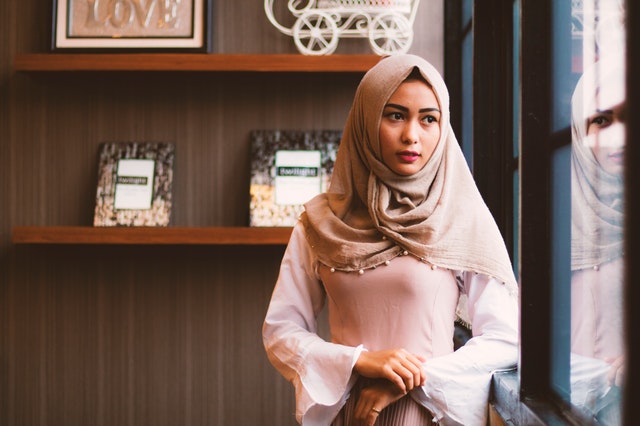 You who believe, fasting is prescribed for you, as it was prescribed for those before you, so that you may be mindful of Allah. Fast for a specific number of days, but if one of you is ill, or on a journey, then on other days later. For those who can fast only with extreme difficulty, there is a way to compensate- feed a needy person. But if anyone does good of his own accord, it is better for him, and fasting is better for you, if only you knew. It was in the month of Ramadan that the Qur’an was revealed as guidance for mankind, clear messages giving guidance and distinguishing between right and wrong. So any one of you who sees in that month should fast, and anyone who is ill or on a journey should make up for the lost days by fasting on other days later. God wants ease for you, not hardship. He wants you to complete the prescribed period and to glorify Him for having guided you, so that you may be thankful. [Prophet], if My servants ask you about Me, I am near. I respond to those who call Me, so let them respond to Me, and believe in Me, so that thy may be rightly guided.

When people ask you “Why do you fast?”, what’s your answer?

We’re told our answer in these verses about fasting in the Qur’an; to obey Allah, our creator, because only He knows and wants what’s truly best for us. We’re told to fast in order to be mindful of Him- meaning we remain steadfast in our religion, acknowledge the blessings that Allah subhana wa ta’ala has given us and take time to increase in acts of worship that increase and strengthen our faith. The Qur’an was revealed during Ramadhan, and it’s a time to remember and absorb the teachings from it. Fasting is also beneficial for our physical health and Allah has made it easier to fast during the month of Ramadhan. Alhamdulillah.

Basic Fiqh of Fasting during Ramadhan*

* According to Hanafi Madhab. Fiqh of fasting outside of Ramadhan has some differences.

5 Things to Remember from Ahadith about Fasting

From Sahih Bukhari (buy it here), The Book of As-Saum (The Fasting)

1. The reward of good deeds is multiplied ten times for the fasting person

Narrated Abu Huraira (ra): Allah’s Messenger salallahu alayhi wa salam said, “Saum (fasting) is a shield (or a screen or a shelter from the Hell-fire). So, the person observing Saum (fast) should avoid sexual relation with his wife and should not behave foolishly and impudently, and if somebody fights with him or abuses him, he should say to him twice, ‘I am observing Saum (fast).’ “The Prophet, salallahu alayhi wa salam added, “By Him in Whose Hands my soul is, the smell coming out from the mouth of a person observing Saum (fast) is better with Allah subhana wa ta’ala than the smell of musk. (Allah says this about the fasting person), ‘He has left his food, drink and desires for My sake. The Saum (fast) is for Me. So I will reward (the fasting person) for it and the reward of good deeds is multiplied ten times.’

2. We must not lie or commit evil actions whilst fasting

Narrated Abu Huraira (ra): The Prophet salallahu alayhi wa salam said, “Whoever does not give up lying speech (false statements) and acting on those lies and evil actions etc., Allah is not in need of his leaving his food and drink [i.e. Allah will not accept his Saum (fasting)].”

3. There is a blessing in suhoor (but it is not compulsory)

Narrated Anas bin Malik (ra): The Prophet salallahu alayhi wa salam said, “Take sahur, as there is a blessing in it.”

4. We should hasten to have iftar

(Narrated Sahl bin Sa’d (ra): Allah’s Messenger salallahu alayhi wa salam said, “The people will remain on the right path as long as they hasten the Iftar [breaking of the Saum (fast)].

5. If we eat or drink forgetfully, it was given by Allah

Narrated Abu Huraira (ra): The Prophet salallahu alayhi wa salam said, “If somebody eats or drinks forgetfully then he should complete his Saum (fast), for what he has eaten or drunk has been given to him by Allah.”

SubhanAllah… Ramadhan can be a trying time for many of us, but we look forward to it with anticipation and happiness as we seek the rewards through the actions done in this month. Increase in acts of worship and enjoy praying taraweeh and attending gatherings with your brothers and sisters, in sha Allah. Below are some tips for those fasting this Ramadhan.

Narrated by Abu Huraira (ra): “The Messenger of Allah, salallahu alayhi wa salam said, “Whoever fasts Ramadan out of faith and in the hope of reward, he will be forgiven his previous sins.” (Sahih, Sunan an-Nasa’i)

My Ramadhan and Fasting Tips

Sleep when you can

If you’re fortunate enough to have flexible work then take advantage of being able to rearrange your usual schedule during Ramadhan, so you can make up for some of the sleep you will miss during the night. If you’re a homemaker don’t feel guilty about napping during the day if you need to either. Try not to sleep the whole day away, but it’s not good to become so exhausted that it becomes difficult.

When you’re fasting it will be the fluids that your body misses more than the food, so be sure to drink plenty of water when you’re opening and closing your fast.

If you have a poor diet and eat a significant amount of ‘junk’ food (guilty) then make changes especially during Ramadhan. If you eat highly processed sugary foods you’re not only going to not get adequate nutrient intake but you’ll also end up with a headache during the day when your sugar levels drop, which is reaaally not fun. Plan and prepare your meals well so you have a good variety of healthy foods for iftar and suhoor.

At this time of year there’s only 4-5 hours between maghrib and twilight in the UK (http://astro.ukho.gov.uk/websurf/), so not really any time to sleep in between. Still, try to ensure you eat an adequate suhoor with complex carbs to help give you energy during the day.

Don’t backbite, or listen to music etc., and lower your gaze

Remember fasting isn’t just about being nil by mouth. Your fast will be still be valid in sha Allah, but why would we want to do things that displease Allah whilst fasting for His sake?

As Ramadhan approaches try to get into the habit of saying daily adkar – SubhanAllahil Adheem/ SubhanAllahi wa bi hamdihi/ SubhanAllah/ Allhamdulillah, etc. Try to learn some new ones before Ramadhan.

We must always strive to be better Muslims. Make intentions to consistently work on some things you think you need to improve on, whether that is regarding particular behaviours, performing salah on time, observing hijab, etc.

Join gatherings in remembrance of Allah

Try not to be shy, you won’t regret it.

Read Qur’an in a language you understand

This is a really good English translation. Even you can’t understand Arabic then you should contemplate on the Qur’an with a translation. You could also listen to Qur’an with subtitles in your language.

If you struggle to read or recite Qur’an, then commit to learning and perfecting your Arabic and tajweed. You might listen to others recite and buy some basic tajweed books to help with pronunciation for now but do try to find classes or a tutor too.

Every night, even if just two rakat.

Talk to people about Ramadhan, fasting and Islam

If non-Muslims ask questions or seem interested, indulge them (even when it gets repetitive!).

May we all have a Ramadhan full of taqwah, and may all our actions and intentions be accepted, Aameen.

You can access Islamic goodies in time for Ramadhan including family-friendly learning activities about surahs in the Qu’ran from the Resources page. If you missed last weeks launch of our Islamic and Community Resources check out this post for more info. JazakAllahu khayran, and please share this post for others who may benefit.