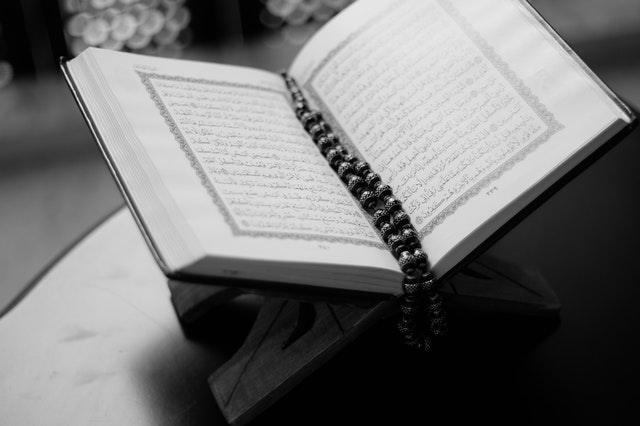 New Muslims, and even those who are not so new often come across terms that we aren’t familiar with or only have a basic understanding of. Increasing our Islamic vocabulary directly influences our Islamic knowledge and understanding, and therefore our iman, in sha Allah. Here’s a few beneficial definitions, phrases and du’a with explanations and some personal considerations and comments.

Itjihad -The action of reaching an Islamic legal decision in consideration of Qur’an, sunnah, consensus and reasoning. Understanding this is essential to appreciating the science of fiqh and importance of following a madhab.

Mujtahid – Someone who is qualified to do ijtihad, generally someone with a complete breadth of knowledge of Qur’an and sunnah, including linguistically and contextually.

Makruh – Something that is disliked but is not forbidden (haram). There are lesser and greater types of makruh. These things should be avoided, of course; why would we want to do something that is disliked by Allah? An example of something makruh is the time before Maghrib when it is makruh to pray Asr. If you haven’t prayed the fardh of Asr you should still pray it as to not miss it’s time, but it will be considered makruh (disliked).

Fitrah – Generally translated as ‘instinct’ and understood to imply an innate awareness of Allah.

Wasat – The meaning of wasat is middle, balanced, just. The word wasatan is used in surah al-Baqarah in ayah 143: ‘We have made you [believers] into a just community, so that you may bear witness [to the truth] before others and so that the Messenger may bear witness [to it] before you.’

Khayr – Khayr means good. When we say the phrase ‘JazakAllah khayran’ it means ‘May Allah reward you with goodness’. To leave out the aspect of khayr takes away the meaning of intending goodness upon the person, so we should include this word.

Ruh – The nature of the ruh is not known but it is generally understood to mean our soul or spirit, which existed with Allah before being placed in our bodies.

Revert – To go back to a previous state. Some people who were not born into Islam and then accept Islam later in life often identify themselves as reverts because of the fact that we are born with fitrah (above). Revert is sometimes used instead of convert, meaning to go from one state to another, which is a linguistically fine term for new Muslims.

HasbunAllahu wa ni’mal wakeel – This is from surah al-Imran ayah 173. It is often translated as ‘Allah is enough for us. He is the best protector’, or ‘Allah is sufficient for us, He is the best disposer of affairs’. The preceding ayat differentiate between those who react with faith and without faith when a calamity happens, specifically describing the battle of Uhud. The phrase is used to remind us that Allah alone is all we need in this life, which serves as a comfort when we face hardship and trails, and saying this reiterates our iman.

SubhanAllah wa bihamdihi – Translates as, ‘Glory be to Allah (who is free from imperfection) and all praise and thanks is His.’ There are several ahadith- sayings of the Prophet salallahu alayhi wa salam- that tell us the virtue of this phrase:

Narrated Abu Huraira: Allah’s Messenger (ﷺ) said, “Whoever says, ‘Subhan Allah wa bihamdihi,’ one hundred times a day, will be forgiven of all his sins even if they were as much as the foam of the sea. (Sahih Bukhari)

Allahumma innaka ‘afuwwun tuhibbul ‘afwa fa’fu ‘anni – Translates as, ‘O Allah, you are the Forgiver, You love to forgive, so forgive me.’ This du’a is often recited during Ramadhan especially because of the following hadith:

Aisha (May Allah be pleased with her) reported: I asked: “Oh Messenger of Allah! If I realise Lailat-ul-Qadr (Night of Decree, during Ramadhan), what should I supplicate in it?” He (ﷺ) replied, “You should supplicate: Allahumma innaka ‘afuwwun tuhibbul ‘afwa fa’fu ‘anni.” (At-Tirmidhi)

Rabbi zidni ilma – Translates as, ‘Oh my Lord, increase me in knowledge’. We should strive to seek knowledge in order to fulfil our duties as Muslims, and I’ll be writing up a new post on this soon, in sha Allah.

I hope you learn these words and du’as easily in sha Allah. May Allah increase us in knowledge, Aameen.