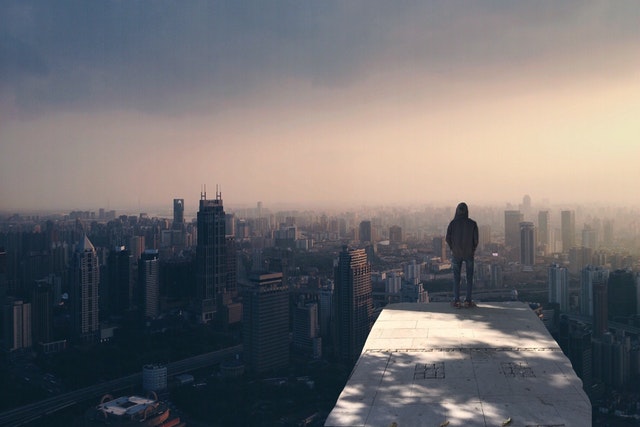 How to be a better ally even when you feel marginalised

Allyship and being an ally are phrases often heard within social justice circles and from people that claim titles like liberal, woke or conscious. Sometimes it’s from people who have a conscious or subconscious desire to make up for years of being the opposite. Years of casual racism and intolerance.

But what does it truly mean to be an ally? How can we be better allies?

My suggestion is that allies should not only expect and accept being marginalised, they should want it.

Ally =  side with or support (google)

Marginalise = treat a person, group or concept as insignificant or peripheral (google)

An ally not only acknowledges your oppression, they proactively support your liberation. To marginalise a person or a particular demographic group, or their individual and collective concepts and contributions is to not centre them and to recognise them as less significant.

Everyone has unconscious (and conscious) biases due to our own context, experiences and social conditioning. Denying or ignoring this fact brings problems to any social action from the outset.

The loudest voice within any strategy for social change should be the one whose experiences and perspectives are most valid in creating that change- the oppressed group.

Naturally people will always primarily want what’s best for themselves, and this desire, call it self-preservation or what you will, makes it likely that self-serving agendas will be pushed over ones that benefit other peoples’.

It’s OK to want and do what’s best for yourself and your people- this doesn’t mean you can’t actively support others in their own struggle. It does mean that your own perspective and feelings and ideas should be marginalised within those settings.

The framework for any liberation struggle should be set and led by the people with less power. This group best comprehends the imbalance of power, the oppression and the need for change. The perspective of others could be used to influence tactics which achieve the aims, but should never lead to the limitation of the strategy and ultimately the hindrance of results.

For example: If my perspective as a Muslim woman is that homosexuality is a sin, then my involvement in shaping the framework for change towards LGBTQ+ equality in society could be restrictive and biased. This example does not mean to erase the realities of LGBTQ+ Muslims whose perspective may be different to my own.

When people who can’t relate to the oppressed group start creating boundaries and structures within an initiative, the agenda often becomes appeasement over liberation or change.

This doesn’t mean people can’t help or be valued. It means we all need to know our place and be willing to accept that our views, our perspectives and our ideas may not be the most valid, the most helpful or the most correct way to move forward.

Therefore, allies should be marginalised in order to work against that power imbalance, maintain clarity in the purpose, and to achieve actual lasting change.

With the above in mind, the questions to ask yourself as an ally are:

Why is it a problem if you are marginalised?

What are your motives?

Are you involved because you believe in striving for change, and recognise other peoples right to equality, and are willing to listen and follow their lead; or are you more concerned about your own voice being heard, pushing your own agenda and for your own recognition and ego boost?

If you support another peoples’ struggle to liberation, your own agenda and perspective should be marginalised to create space for the oppressed group who are better positioned to set the boundaries and lead towards change.

Why are allies marginalised? Because that’s exactly how allies should be treated.

How To Be A Better Ally

By this I don’t mean just hearing someone else’s words and staying quiet. I mean listen. Really listen and appreciate what other people say about things you know less about, and actually be mindful of it moving forward.

Don’t be so concerned with having your own view heard, or having your new found wisdom acknowledged. That’s not what this is about. It is good to share and develop ideas and concepts, and ways of thinking, but talking just to be acknowledged isn’t going to do this.

If you take note of points 1 and 2, then this point should be less needed. If and when the opportunity occurs though, it’s better to recognise what’s happened- whether that’s a mistake, or you’ve offended somebody, made a wrong assumption, had false information or knowledge that wasn’t correct- and take steps to rectify it, take notes and reflect.

As we mentioned earlier, it’s important to know why you’re involved or why you feel so invested in a particular cause. The reasons need to be focused around the betterment of other people and not yourself.

Talk to people around that you know have problematic ideas or support harmful actions towards others (not only physical harm).

Make up for your previous actions or words that are in contrast to the cause, whatever form they take. If they’re recurring issues, then you need to explore how to stop them and decide what changes need to be made.

Dedicate the time to educate yourself about the cause, then use your skills and networks to make a difference.

Don’t just talk about what seems like a popular topic and call yourself an ally because it makes you feel better. If you’re really invested, then do more. Be an accomplice.

Keep reading: How To Centre Those With Less Power In Cohesion Work