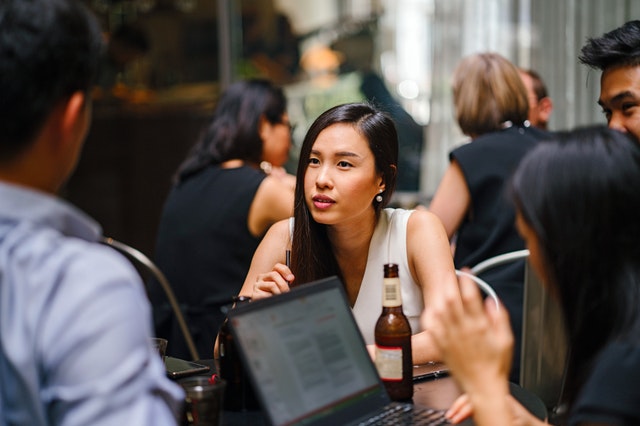 How to centre those with less power in cohesion work

There came a point throughout my work around cohesion that I stopped caring. Not about the goal or about people in general, but about the people whom our work was centred around; the people whose perceptions and judgements we thought we needed to change in order to achieve better cohesion and in turn benefit the realities of oppressed groups.

This is framed around the idea that a certain group of people (primarily white, British-born people in my context) were limited in their experiences of and exposure to others, that their judgements were influenced by biased media and negative stereotypes, and that their racism and prejudice essentially came from ignorance. They were legitimately incapable of perceiving the humanity of others and we had to help them do that.

But that’s really not how prejudice works. Prejudice is a choice that is established as a mindset and realised through action. Being ignorant of people who are unlike you and being limited in your exposure to them is not the baseline for prejudice to exist, its a component that reinforces it.

There’s this notion in cohesion work that if Miss Racist has never had a meaningful conversation with a black person then how can she be to blame for her microaggressions and support of oppressive structures?

That if she can have the opportunity to meet an ideal Muslim, she wont be Islamophobic anymore.

If she builds a friendship with a niqab-wearing woman, she’ll stop being discriminatory in her workplace and stop making judgements about other niqab-wearing Muslims she encounters.

This is a really detrimental notion to work with for several reasons:

Power: Even within the settings that are created for interaction between the ‘probably prejudice’ person and the ‘ideal other’, we reinforce a power imbalance. We’re saying that I, as a Muslim woman, must acknowledge this person has prejudice and hatred towards me and the responsibility is on me to change that through a meaningful interaction.

Focus: By doing this we’re focusing on a component that reinforces someones prejudice- the ignorance and lack of exposure- but we’re not focusing on the baseline. We should love each other just because, despite likeability or proximity/similarity to you, and not because we now superficially understand a little bit about that persons religion or the discrimination they face.

Context: If the learning is achieved through a personal engagement and is made relative to an individual or particular type of individuals, the benefit and impact is going to be isolated and restricted by relation to that experience.

We need to do better. How can we do better cohesion and interfaith or intercommunity work? Here’s a little advice. Do the following:

Ensure the responsibility of change remains with the oppressor by unpacking their problematic ideas rather than showcasing the model Muslim or model black person niceties.

Explore why being prejudiced is a problem rather than searching for superficial reasons not to be prejudiced.

Root any learning in the understanding that change is incumbent upon them rather than connecting it to an individual experience.

There may be more than one way to do something, but that doesn’t mean that those ways are right.

The work will likely centre the oppressor when it is led by people that reflect their identity and characteristics.

It reinforces power imbalances and any ‘progression’ will always be limited. It doesn’t achieve real change because it doesn’t address the baseline problems.

Only when the work centres the oppressed by considering them first and foremost in every aspect can it truly be meaningful.

Keep reading: Why You Should Be Marginalising Allies