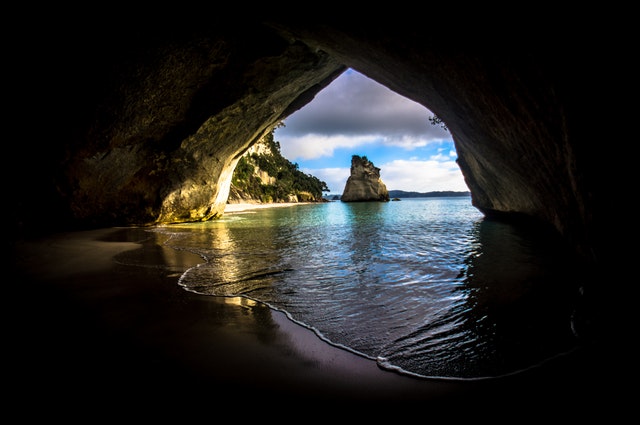 “But man is more contentious than any other creature.”

(All praise and thanks is due to Allah, and blessings upon His Messenger) Sallallahu alayhi wa sallam

“In this Quran We have presented every kind of description for people but man is more contentious than any other creature.”

This ayah (54) in Surah al-Kahf is preceded by warnings from Allah that those who are disobedient to Allah (specifically Iblis and his descendants) are our enemies, and that on the Day of Judgement the evildoers who take them as allies will find no escape from the fire.

18:50 We said to the angels, ‘Bow down before Adam,’ and they all bowed down, but not Iblis: he was one of the jinn and he disobeyed his Lord’s command. Are you [people] going to take him and his offspring as your masters instead of Me, even though they are your enemies? What a bad bargain for the evildoers!

18:51 I did not make them witnesses to the creation of the heavens and earth, nor to their own creation; I do not take as My supporters those who lead others astray.

18:52 On the Day God will say, ‘Call on those you claimed were My partners,’ they will call them but they will not answer; We shall set a deadly gulf between them.

18:53 The evildoers will see the Fire and they will realise that they are about to fall into it: they will find no escape from it.’

In the ayaat that follow are reminders to those who are given guidance yet still argue about what is the truth (by using false arguments) and fail to seek forgiveness; their hearts and ears will be sealed from guidance so that they will never accept it.

18:55 Now that guidance has come to them, what stops these people believing and asking forgiveness from their Lord before the fate of earlier peoples annihilates them or their torment confronts them?

18:56 We only send messengers to bring good news and to deliver warning, yet the disbelievers seek to refute the truth with false arguments and make fun of My messages and warnings.

18:57 Who could be more wrong than the person who is reminded of his Lord’s messages and turns his back on them, ignoring what his hands are storing up for him [in the Hereafter]? We have put covers over their hearts, so they cannot understand the Quran, and We put heaviness in their ears: although you call them to guidance [Prophet] they will never accept it.

SubhanAllah. How often do we debate about the correct way to be obedient to Allah? Whether it’s permissible to draw living things, or attend non-Muslim funerals, or the necessity to make up missed prayers. Our differences in opinion, or more specifically (as ordinary Muslims, not scholarly ones) our difference in level of knowledge and understanding result in reactionary debates filled with inconsiderate and incomplete arguments even when (or especially when) we are trying to share what we’ve learnt for the benefit of the other person.

A Modest Argument started as a concept of platform to present essays written solely and collaboratively that discuss facts, variants and different perspectives and address often misused narratives surrounding the issues that we debate about as friends and brothers and sisters in Islam.

I want to model addressing these discrepancies thoughtfully as a method of learning, and I hope it can display unity within our contrasting dispositions.

I really believe if we broadened our knowledge and consequently our understanding, and exchanged our perspectives in a non-reactionary, not ‘off the top of your head’ way- then maybe we can truly hear each other for the sake of Allah and for the sake of knowing His deen, and for the sake of being protected from becoming disobedient and to be saved from the fire, in sha Allah.

The lessons to be learned from the Quran are immeasurable. If you can’t read or understand Arabic, then reading it in a language you know still has many benefits. In this post, I used this translation of the Quran by Abdel Haleem.

Abdel Haleem’s translation is my favourite version because it’s written modern English and in paragraphs so it’s really easy to read and understand the meaning of Allah’s words. Each surah has a short introduction giving context and an overview of its content, which is really helpful.

Get your own translation of The Quran by Abdel Haleem here.

Surah Al-Kahf was revealed after the polytheists sought help from the Jews in determining if the Prophet, sallalahu alayhi wa salam was indeed the Messenger of Allah. You can read the surah here, and Bayyinah TV has a good commentary series which might be available on Youtube for free.

Since publishing this first post on A Modest Argument back in March 2018, I’ve written over 40 more articles about Islam, social issues and community organising.

On the social issues side, there’s posts about cohesion work, gaslighting, running a community project and lots more.

There’s community and personal development resources, and blogging tools too – project plans, calendars, worksheets and other goodies. Check them out on our Resources page.

You can read more about how A Modest Argument has grown since this post first published here.